Reopen question about Jesus Sayings in Mark and Q

I’ve been asked to post here my request to reopen the question about scholarly consensus on the relative reliability of Jesus sayings in Mark and Q. It’s evident from the comments under the question and from one of the answers, some people have theological reasons for wanting to avoid the discussion, even disparaging the OP and offering a frivolous answer without rationale. I respect these faith-based opinions, but it seems to me the question itself clearly relates to source criticism, which the help center indicates is 'on topic', and should be reopened.

It’s also a matter of consistency. If we’re going to allow questions about the reliability of the LXX, Masoretic Text, Dead Sea Scrolls, Amarna letters, Codex Bezae, and countless individual biblical texts – as we have – then surely a discussion about Jesus sayings in Mark and Q is on-topic as well. Concerns about a critical Q text and principles of determining reliability can be addressed in the answers. Let’s reopen the question to full discussion. Thanks!

I am one who has been opposed to the question as is (as can be seen by the comments). And though I come from a perspective that sees the hypothesis of Q as a huge waste of time and effort, I would not be opposed to reopening if the question was edited in two respects, as I do not oppose the academic value of it. The main problems I had with the original version were:

However, Keshav Srinivasan has now stated in a comment:

The intent of my question was more along the lines of, what are the views of believers of source criticism on this issue?

Assuming he edits the question to ask that instead, that resolves (2) and is answerable; it also in most cases resolves (1), because then the person/group being analyzed will presumably have the textform they believe is Q, which then at least we can analyze.

A summary of a person's/group's view on this can be given (assuming they have indicated enough information), and their overall reasoning stated (without necessarily verse by verse points). In this sense the question narrows focus, however there is one more hurdle faced by the OP.

The final hurdle in my mind would be how does one word the question in such a way to make a selection of a "right" or "best" answer, the one to be "accepted." Part of the "Too broad" close reasoning is that:

There are ... too many possible answers.

Such would be the case if the question is open ended of just wanting "various views," and make the question still un-openable; which I believe is Davïd's point. Stack Exchange is not a discussion forum, but a site designed to pinpoint "best" answers (at least from the OP's perspective in accepting and the community's perspective in voting). Hermeneutics questions do have a variety of answers anyway (based upon viewpoint), so BH.SE is a bit more lenient on that point I think. Yet still, the question needs to be worded in such a way that an answer can strive to meet the requirements and be worthy of "acceptance" above the other answers.

So besides the edit noted above, I believe the OP would need to rephrase it in some way that limits the scope further to what a "best" answer would provide to distinguish itself from the other postings of "views" by various people.

Just my 2 cents. (Anybody got 2 cents I can borrow to pay for this opinion?)

I have contributed to the skein of comments at the closed question, and opined on this Q&A in chat. Only fair, then, to contribute here, too.

I believe the question as posed ("Which is considered more reliable about Jesus' words, Mark or Q?") is far too broad for the Q&A format we work with here on BH.SE. It flags up an interesting issue, and one that in some form would be worth addressing on BH.SE, but more likely in a series of questions rather than in one colossal and waddling behemoth that threatens to drop dead under the weight of its own ungainly mass.

My chat suggestion was that a particular passage be chosen for discussion. There are plenty to choose from. At least that would permit for a reasonable framework for discussion which otherwise would spin quickly out of control.

Still, there are drawbacks even to this approach. As Craig Evans points out in his chapter on Source Criticism in Searching for Meaning: An Introduction to Interpreting the New Testament (ed. by Paula Gooder; SPCK, 2008; W/JKP, 2009), specifically with reference to the Q/Mark debate,

One of the greatest problems in attempting to select a Gospel passage to explore in order to illustrate source criticism is that the issues raised depend upon which passage is being explored. (Page 31)

In terms of Schuh's plea, above, I would make the following points:

Having said all that, I would welcome a circumscribed Mark vs. Q question, dealing with a particular text that would at least allow contributors to focus on one facet of the problem. There could be follow-up questions which could handle texts offering different angles. But my own vote would be against re-opening the question identified by OP. 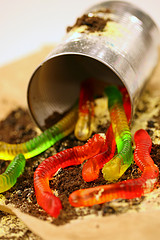 I propose the following question:

What is the consensus among scholars who support the Two-Source hypothesis about the relative authenticity of the sayings of Jesus in the Q source and those in the Gospel of Mark?

This is a question that informs the process of hermeneutics, not a question for hermeneutical exercise. It does not include texts for dissection, nor does it require a definitive Q text. Answers that argue the validity of the Two-Source hypothesis itself would be off-topic.

It’s a broad question about what scholars of a particular school-of-thought think about the ‘authenticity’ of the Jesus sayings in the two sources. Answers may therefore address source-critical issues (if a particular proposed text is thought more or less authentic than others, for example) or various degrees of authenticity (per @David’s comment about ipsissima verba Jesu, ‘the very words of Jesus’, versus ipsissima vox, etc.).

The ‘best answer’ would be the one the OP believes offers the best supported case for their answer, that provides the best insight into what 2SH-supporting scholars think about the authenticity of Jesus sayings in the sources, and what are the issues involved.

The question for us, it seems to me, is to decide whether such a question is within the scope of BH.SE. Our typical questions involve doing hermeneutics, but are questions about hermeneutics also on-topic? I hope so – I’m very curious to find out the answer(s). Thanks!

Not the answer you're looking for? Browse other questions tagged .

2
Reopen: Bart D. Ehrman - respected critic?
3
Is the New Covenant question on-topic?
3
Help asking about the spirit and the body (on topic?)
8
What should we do with questions about tools used in Biblical scholarship?
3
Why was my question about Source Criticism and the Doctrine of Atonement deleted?
6
Is this question about bias off-topic?
0
Shouldn't a question end in a question mark?
2
How is my question about a hermeneutical approach off-topic?
4
Possible solution to frequent question closures, edits, migrations, and mission dilution at Biblical Hermeneutics: Floating the idea of a new site