How ought we to balance diversity?

This is a mobile: 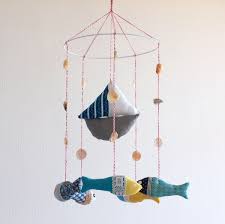 Most of us are familiar with them in the context of children's nurseries. But the inspiration came from Alexander Calder, a kinetic artist:

I suppose you could fill in the analogy on your own: comments are decorative elements, votes determine size, etc. But my point is that each question and answer page is like a sculpture that should be viewed as a whole and not a series of posts to be taken individually. I mean you can look at each post individually, but since ~75% of our traffic comes from search engines, we must be aware that most people see us as a single page about some aspect of Biblical Hermeneutics. Our site evaluations are intended to help us think in those terms.

Now I think we have a solid understanding about which fixed points we can hang questions from and we know how to design questions to give us pleasing results, but we are not producing well-designed sculptures in every case. The evidence suggests that many are at least satisfactory and some are truly excellent, but we'd like to at least have a plan for how we might make every one of our pages outstanding resources.

One proposal is to do the same thing with answers that we did with questions: require each answer to be a broadly applicable as possible. Instead of talking about the "Old Testament" or the "Tanahk", we would all agree to "Hebrew Scriptures". If something is said that can't be supported, we edit answers to remove controversial statements. Answers work directly from the text or peer-reviewed scholarship. Taken to it's logical conclusion, we emulate Wikipedia's core content policies.

Another proposal is to encourage as much diversity in answers as we can manage and allow voting to sort things out. Now it should be obvious that the first proposal will produce a balanced view of the question because every answer is balanced. Allowing answers that are seriously biased toward unusual viewpoints seems a recipe for disaster. Calder's sculptures require considerable planning and engineering to come out right. Adding a new element will destroy the entire work.

And yet, I think our site could support the second model, but only if some of us operate on the first. To see what I mean, consider one of our earliest questions: What's wrong with cooking a kid in its mother's milk? Each one the the answers comes from a unique viewpoint and because the most general answers are voted up, the page seems very balanced. Reading from top to bottom by score, I come away with a sense of greater understanding of the broad answer to the question and the richness of interpretation traditions. The inclusion of the more specific answers don't hurt the broader answers at all. Instead they highlight, to a neutral reader, the strengths of the answers supported by scholarship.

(The one exception are answers that are ugly. Very poorly constructed answers and answers that offend do ruin an otherwise enjoyable page. These need to be edited or removed at some point.)

Our site will produce the most pleasing results if questions have at least one well supported or logically argued answer that adheres to the back-it-up principle and any number of answers that are interesting even if they are not themselves balanced. However, I'm not sure how to accomplish this—some questions may never get balanced answers.

Ok. I have read the post from Jon and from GoneQuiet several times. Last night I made a post to respond to them and deleted it. Then wrote another and deleted it, because I just could not find the words to make my own opinion known without being offensive. As I ride on a fast train from work I finally decided I am just going to say it and trust everybody is big enough to allow my personality which can sometimes offend.

Ok here it is. I think this site is too small to start worrying about perfection. The core nucleus of regulars are a rag tag bunch of intellectual mist fits that I strangely like. It would not surprise me if half of us post here just because nobody else in our family can take our long winded arguments about the bible any more.

I see Jon and GoneQuiet as two of the best examples of how we should pose questions and answers, yet I have a couple peeves about their current attempts at perfecting the site. Jon, irks me when he posts examples of bad questions and answers without finding one of his own to include in the mix. It does not sit well with me when someone does that because it assumes a leadership role that might extend beyond the role granted by one's own peers. GoneQuiet is getting to fussy about 'words' and wants to move to a more neutral tone. Personally I really dislike attempts at sounding objective on things where nobody can possibly be dispassionate about or objective and clinical in their own hearts. I prefer posts with a personality that does not hide the bias of the post.

On the up side I have never been constructively criticized as considerately as I have from GoneQuiet so I still admire her own attempts at a 'clinical' attitude when it is so obvious that she is a warm and friendly person. Let her personality be and I like it, but do not expect us all to be that way. Jon, I really do not get much personality from except that I think he seems rather detail oriented and critical. At the same time he just might be the best mod for a site like this. He is an excellent moderator with good intentions.

So what am I actually saying. I am saying let's not make quality our first goal and do not worry to much at how to improve things. Let's keep it fun and let the site grow. I think the main reason why regulars at this site post and answer is simply because they enjoy it. Sometime a question is poorly framed but when it is realized its too late to fix. After one sees all the misunderstanding in the answers, it can't be fixed that well because all the answers will not match the real question. Oh well, bad question - let it float around like a turd in a pool. Big deal.

Sometimes an answer does not measure up. I know a lot of my answers are not at the quality I would like them to be, but in many cases I actually can't really improve them, due to lack of skill and knowledge and even money to buy better resources. I do think a reference should be posted almost always, when they are readily available.

I like a personality in a post. Just say what you mean and do not hide your bias. I like interacting with people I find strange. I sometimes laugh to myself when I get frustrated with someone now and again. I find this site very fun.

I really enjoy those people who do what I can't do. Dig into the Hebrew and Greek. I sometimes try and sometimes it seems I know what I am talking about, but actually I am just doing it for the fun of it. Also, sometimes the best way to learn a subject is by trying to answer someone else's question. The answer might not be great but the learning and the enjoyment in the attempt was a pleasure and a benefit.

Will fun ruin quality? Yes, it could. I do think references should be almost mandatory as it is pretty unenjoyable to read somebody just blather along with a multitude of thoughts without any discipline in producing quotes that indicate the same. But aside from this, let's relax and enjoy and the site will grow, not because it is like wiki, but because it is like BH.SE - the future place for bible students.

I hope I have not offended but this is my personality.

Not the answer you're looking for? Browse other questions tagged .

37
What texts are open for examination?
19
Why should one participate in the Biblical Hermeneutics site (is it a viable site)?
13
Are questions about the Old Testament from a purely Christian perspective off-topic?
9
A roadmap to Biblical Studies
8
Why are correct answers sometimes downvoted?
2
Can we remove the preferential sorting of accepted answers?
14
A new guideline for doctrine in questions. What do you think?
2
Results of the February 2013 community evaluation
1
Is a post considered to be an answer if it focuses primarily on the application of the text (as defined)?

3
How do we define our terms for interpretive frameworks?
10
New answers to old questions receiving little attention?
5
How did you find our site?
6
Self-evaluation: How are we doing?
24
Friends, we are not Christian!
12
What does "show your work" mean in the context of exegesis?
8
Please do not ask cookie-cutter questions
21
How can we educate new users about our site distinctives?
8
2020 Moderator Election Q&A - Questionnaire